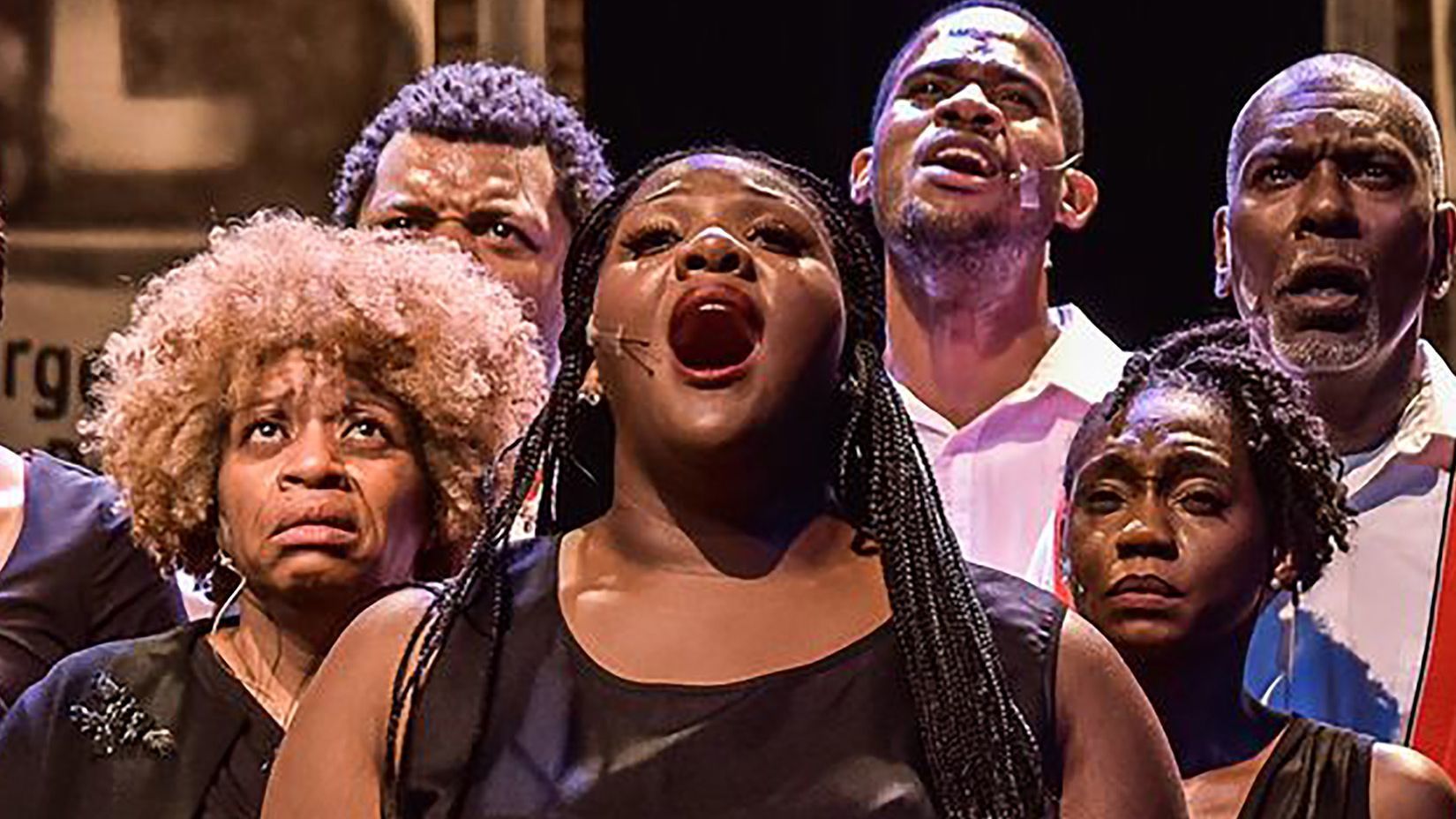 The Nebraska Repertory Theatre and the Saint Louis Black Repertory Company continue to collaborate for #realchange Friday, Nov. 6 at 6 pm with “#realchange Baldwin and the American Theatre.” The event focuses on contributions to the American theatre by noted African-American playwright, novelist, essayist, poet and activist James Baldwin. The event features ‘A Conversation with Dick Cavett.’ In a conversation with The Black Rep’s Ron Himes, Dick Cavett will elaborate on his historic 1969 interview with James Baldwin, as well as discussing what he might ask Mr. Baldwin in 2020 about race in the current climate of the Black Lives Matter movement. The free event is only online only HERE.

The Nebraska Rep and The Black Rep launched a two-year partnership with “The Continuum: Civil Rights to Black Lives Matter” on Oct. 2. This partnership aims to bring about positive social change at the University of Nebraska-Lincoln and beyond. “This collaboration with The Nebraska Rep and the Johnny Carson School of Theatre and Film is consistent with our mission to heighten the social, cultural and educational awareness of our audiences,” Himes said. “Our company was cast in the spirit of the Black Arts Movement, and our work has always addressed issues of social justice and disenfranchisement of the BIPOC (Black, indigenous and people of color) communities in American, then and now.”

Nebraska Rep’s executive director, Christina Kirk, said, “It is particularly important for current UNL students to know about Baldwin’s writing, his activism and his profound influence on the way we think about race today.  Baldwin’s life work is especially relevant to the current Black Lives Matter movement.”

The NAC is pleased to announce the return of the 2020 Governor’s Arts Awards! In the interest of public health and safety the 2020 Governor’s Arts Awards will be held virtually on Thursday, October 29th at 7pm Central Time. The award ceremony will be viewable on this webpage, as well our Facebook page, and YouTube Channel. Please join us and help the Nebraska Arts Council recognize individuals and organizations that shape our state’s artistic landscape. The impact of the arts, and these honorees, is felt in the classroom, the economy and the community. 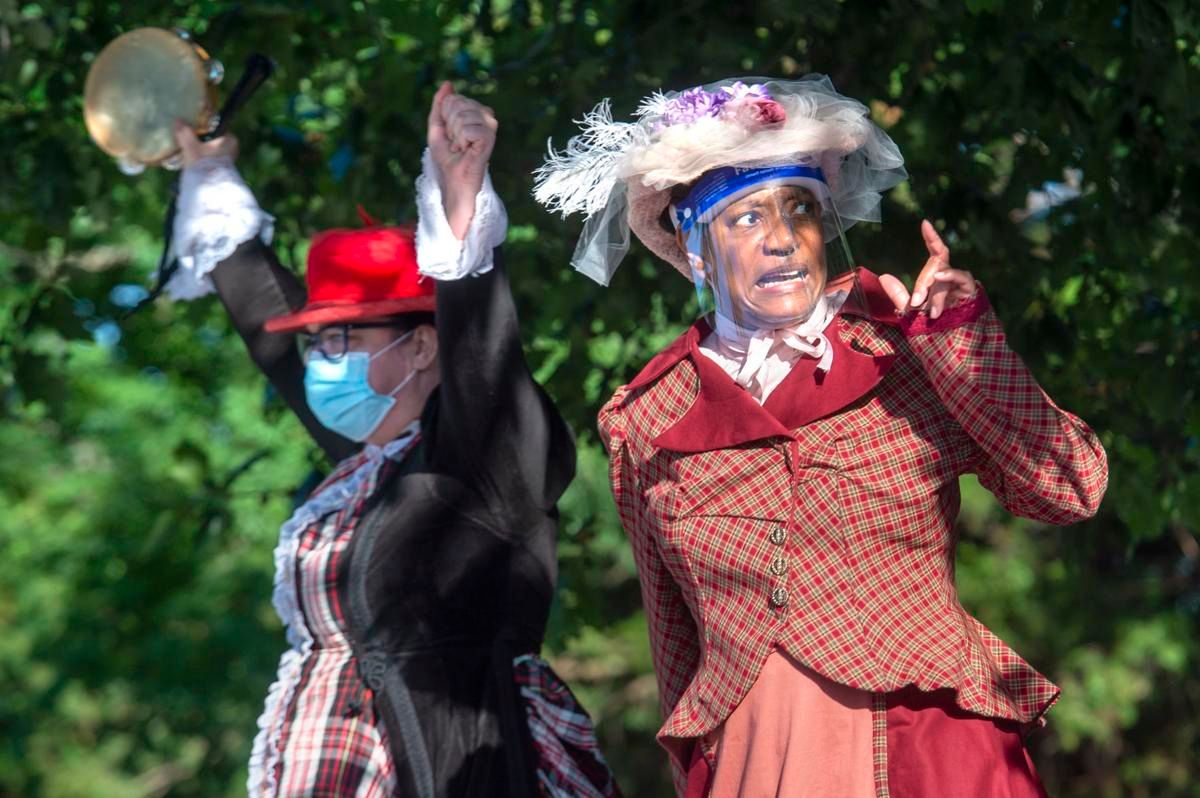 Arts Organization are taking a terrible blow during the pandemic, but many are finding creative solutions. The Lincoln Community Theatre has taken a creative 'if they can't come to the play, take the play to them' approach. They are beginning Parking Lot Plays in July. “We are headed to the parking lot to begin to ease our way back into performances," stated Morrie Enders, Executive Director. The theatre will present a combination of cabaret performances, old-time radio, and a melodrama throughout July and August in the parking lot.

Guests will sit in their cars or right outside their cars and tune to a FM signal broadcast by the Playhouse to hear the performances. Masks will be required when moving about or when in close proximity to others. Due to limited space, all audience members must reserve their space by calling the box office at 402-489-7529, between 11:00 a.m. and 5:00 p.m., Monday through Friday beginning July 1st. Admission is a free will donation. A waiting list will also be taken.

Shows are between 30 minutes and an hour and are performed without intermission. All programming starts at 6:00 p.m. The parking lot opens for parking at 5:00 p.m. Parking instructions and Playhouse protocols will be communicated after a reservation is made. Here is the lineup:

During this time of physical distancing, local nonprofit Blixt Locally Grown went to work to develop a special virtual project created for children and their families, called Captain Soapman. It was released on May 15.

Produced entirely via Zoom video-conferencing platform while actors and crew maintained social distancing, Captain Soapman embraces humor, heart, and hope to honor the experience of children everywhere who are processing the big changes that come alongside COVID-19.

Captain Soapman is available in ASL (American Sign Language) and has subtitles in English, Spanish, Swedish and Italian. There is also a social and emotional curriculum that empowers young people to take good care of themselves and each other during this unprecedented time, through arts-based learning. Everything is easily available on Blixt’s website at www.blixt.space.

Synopsis: In Captain Soapman, COVID-19 is making eight-year old Michael feel pretty anxious! He and dad are stuck at home, mom is away taking care of grandma, and just when things are about as rotten as they can get, an army of hostile germs shows up and kidnaps his favorite toy!  Will Michael find the courage to fight them off? Will mom come back home soon? Will life ever feel normal again?  WHERE’S THE SOAP?! Captain Soapman is a tribute to children everywhere facing big questions in uncertain times. Filled with heart, hope, and hilarity, Michael’s journey is sure to resonate with kids of all ages. Fighting off the germs just got fun.

Link to Free Activities for Children