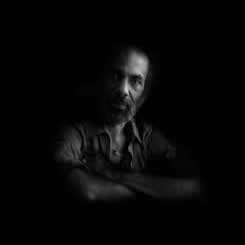 Recognizes excellence and accomplishment in any of the performing arts, including film.

Daniel Kubert is a Lincoln native who has spent the majority of his life working as a performer and creating original works. He was a principal dancer with the Bill T. Jones/Arnie Zane Dance Co., performing at venues including the Kennedy Center, Lincoln Center, and the 2000 Olympics.  He attended The New School University in New York City, and studied Philosophy, Psychology, and Play writing. Kubert has created and performed more than 17 original works locally, including The Lonely book, Swimming Through the Earth, and, most recently, Not Quite Yet Detached (flesh).  He has directed numerous OmniArts productions, including Agnes of God, Sunday in the Park with George, Me and Jezebel, Hedwig and the Angry Inch, Grey Gardens, and is currently directing the Sondheim masterpiece Assassins. He was honored to have been named 2014 Distinguished Alumni of Lincoln High School.