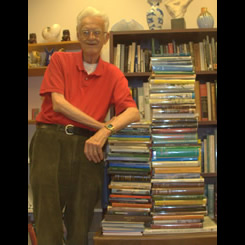 Paul A. Johnsgard is Foundation Professor of Biological Sciences Emeritus at the University of Nebraska-Lincoln (UN-L), where he taught for 40 years, and won UN-L’s highest awards for both teaching and research. He has written nearly 100 scholarly and popular books, including 55 books on birds, 21 on the ecology and natural history of Nebraska and the Great Plains and five books on cranes. Collectively, they total nearly three million words, occupy more than six feet of shelf space, and have been published in five languages. His crane and other bird books have been significant in attracting world visitors to Nebraska to observe our sandhill crane migration. In 1999 he was chosen by the Omaha World Herald as one of 100 “Extraordinary Nebraskans” of the past century, and in 2017 was included by the Lincoln Journal Star among 150 “Notable Nebraskans” during the celebration of Nebraska’s 150th anniversary.