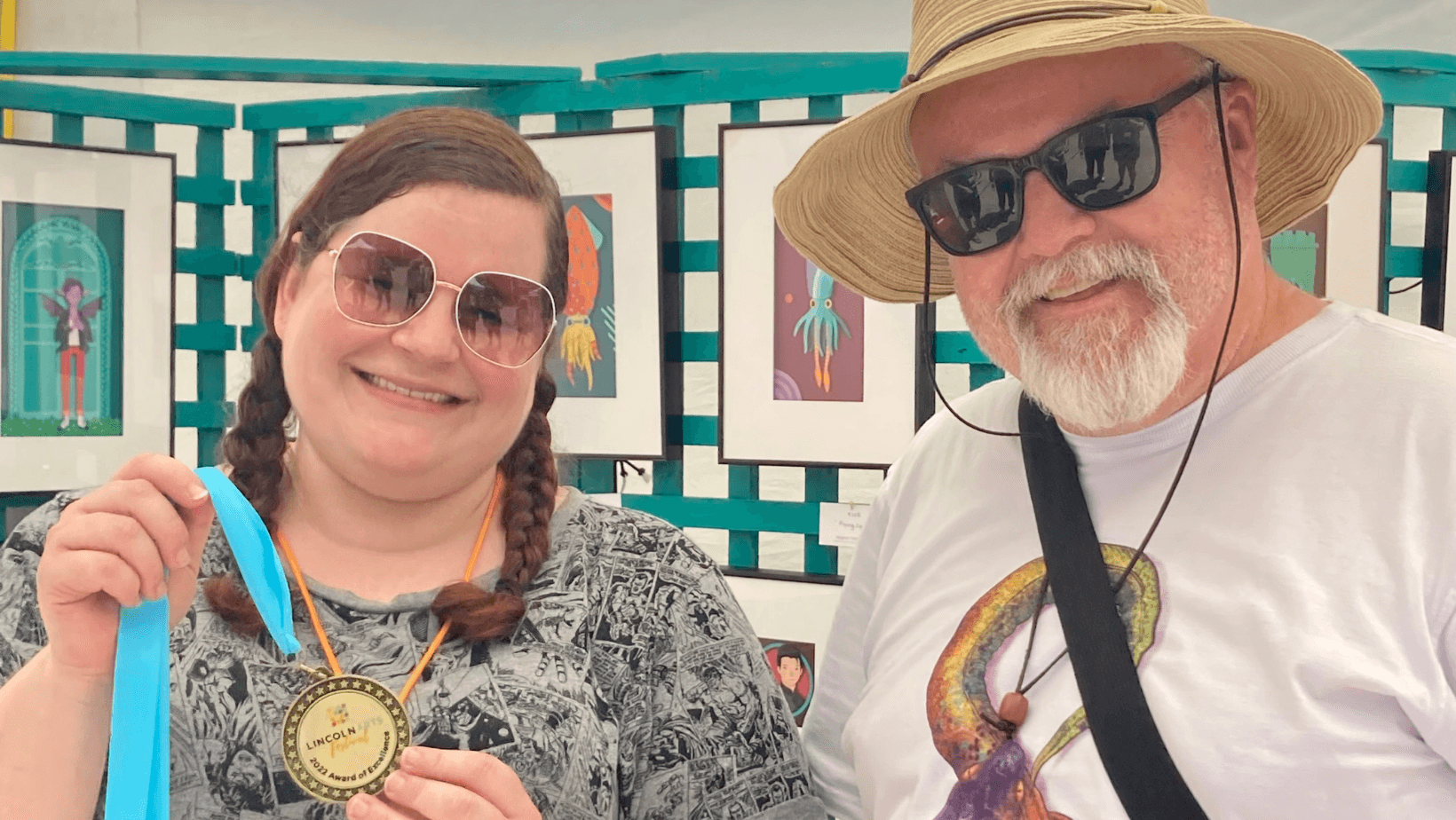 The Lincoln Arts Festival isn't just about bringing together artists and arts appreciators into a single space, but also recognizing these artists for the impact they make on our community. The following artists received both a custom medal describing their accolade and monetary prize by way of check for their talent and efforts:

Congratulations to all Award recipients on accomplishing such a monumental achievement! Select a name above to learn more about our winners.